NOTE: Another version of the recipe, published in the Chicago Tribune—on October 16, 1950—credits the recipe to the home economists at the Bird's Eye-Snider division of General Foods. 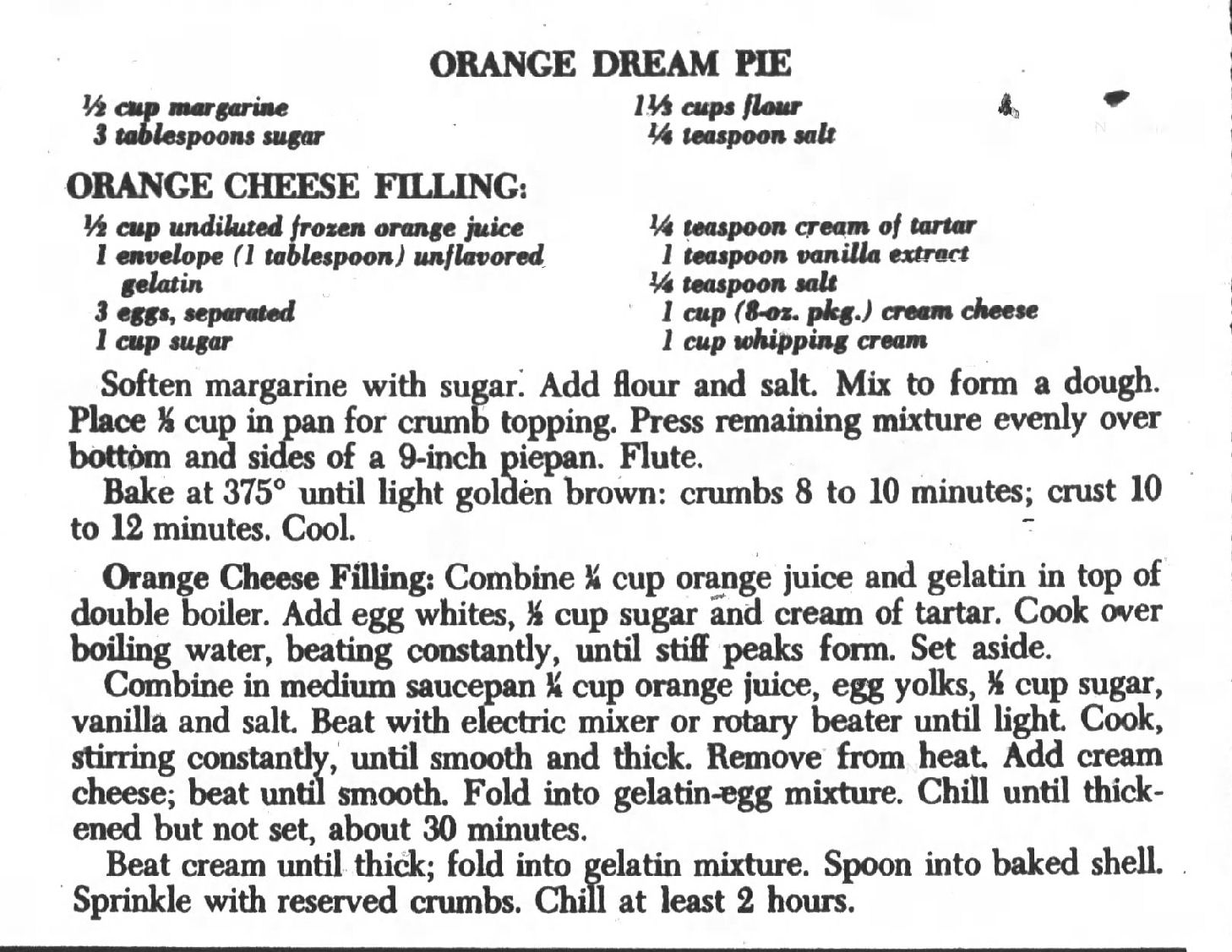 NOTE: This recipe is supposedly a winner from the Pillsbury Bake-Off of 1964 (This was featured next to an ad for Pillsbury Pancake Mix). However, at least one version of the recipe—published elsewhere—specified the use of Blue Bonnet Margarine, who could also be responsible for creating the recipe. It looks like an adapted version of the Orange Cloud Pie, which appeared 15-16 years prior.